To set a world record for the longest cold water dive is not supposed to be easy. Three weeks ago, Nils-Roar Selnes had to abort the attempt after ten hours under water. On Saturday the 22. October, he will try again and he is determined to make it!

The first attempt gave Nils-Roar and the support team some valuable information. They have now reconfigured the equipment and changed the gas handling procedures in order to avoid the same mistake as last time.

What went wrong the first time

The first attempt had to be aborted as Nils-Roar ran out of gas. This may sound strange as he had a twin-set with 18 liter bottles on his back. The explanation is that he used separate stage-bottles during the start of the dive. Suddenly an unknown bottle came down, which were configured differently. Instead of sending it back up, Nils-Roar tried to clip it to his harness and connect it. As he were wearing two under-suits, his mobility was reduced, and the task was a struggle. “I felt like a penguin on land” he says. The valve block for connecting the stage to the full face mask was suddenly not within reach, and the support divers where not properly informed on how the equipment worked.

Nils-Roar tells us that the new procedure is to secure gas supply before the stage bottle is clipped on to the harness. The diving rig has been modified in order to give him better mobility. Some back-up hoses have also been removed in order to have the equipment as streamlined as possible. 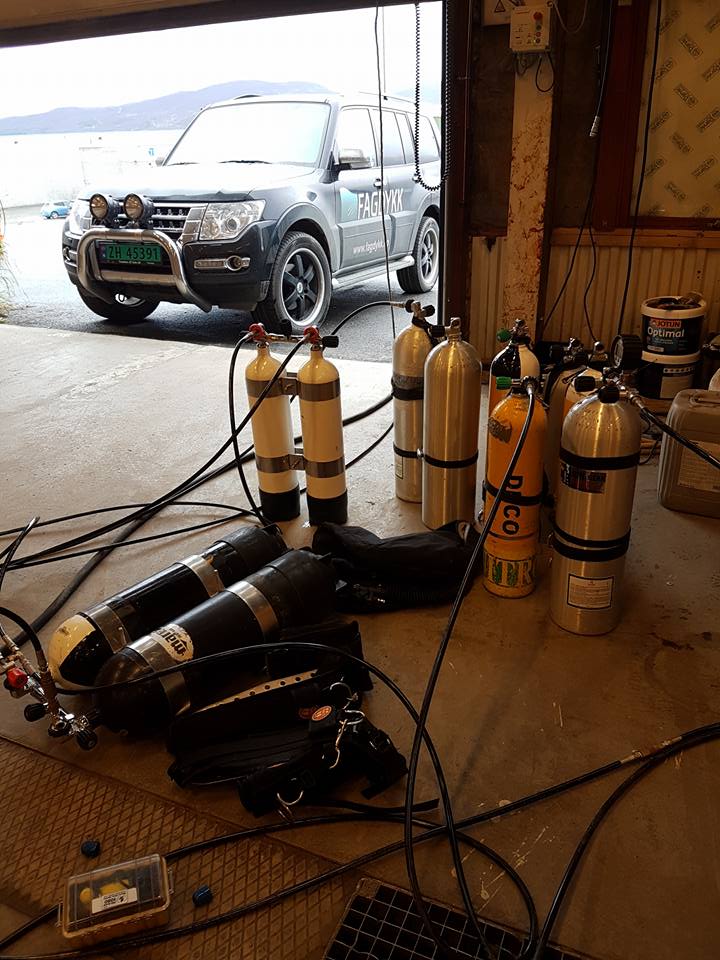 36000 liter of nitrox is required for the record attempt. Photo: Nils-Roar Selnes

Surprisingly, the temperature did not cause any major problems during the ten-hour dive. “Off course it started to become chilly after ten hours, but I felt I could handle it” says Nils-Roar. For the new attempt, a small leak through the p-valve is fixed, and more Silica Gel will be used to collect the moisture from sweating. On the first attempt he had two bags of Silica Gel in his pockets. They were soaking wet after ten hours and obviously had a positive effect.

Nils-Roar will receive liquid nutrition during the attempt. This time the liquid will be pre heated and the bag will be insulated with neoprene. On the first attempt he could feel the cooling effect from drinking the cold liquid as the body had to use unnecessary energy to heat it up. 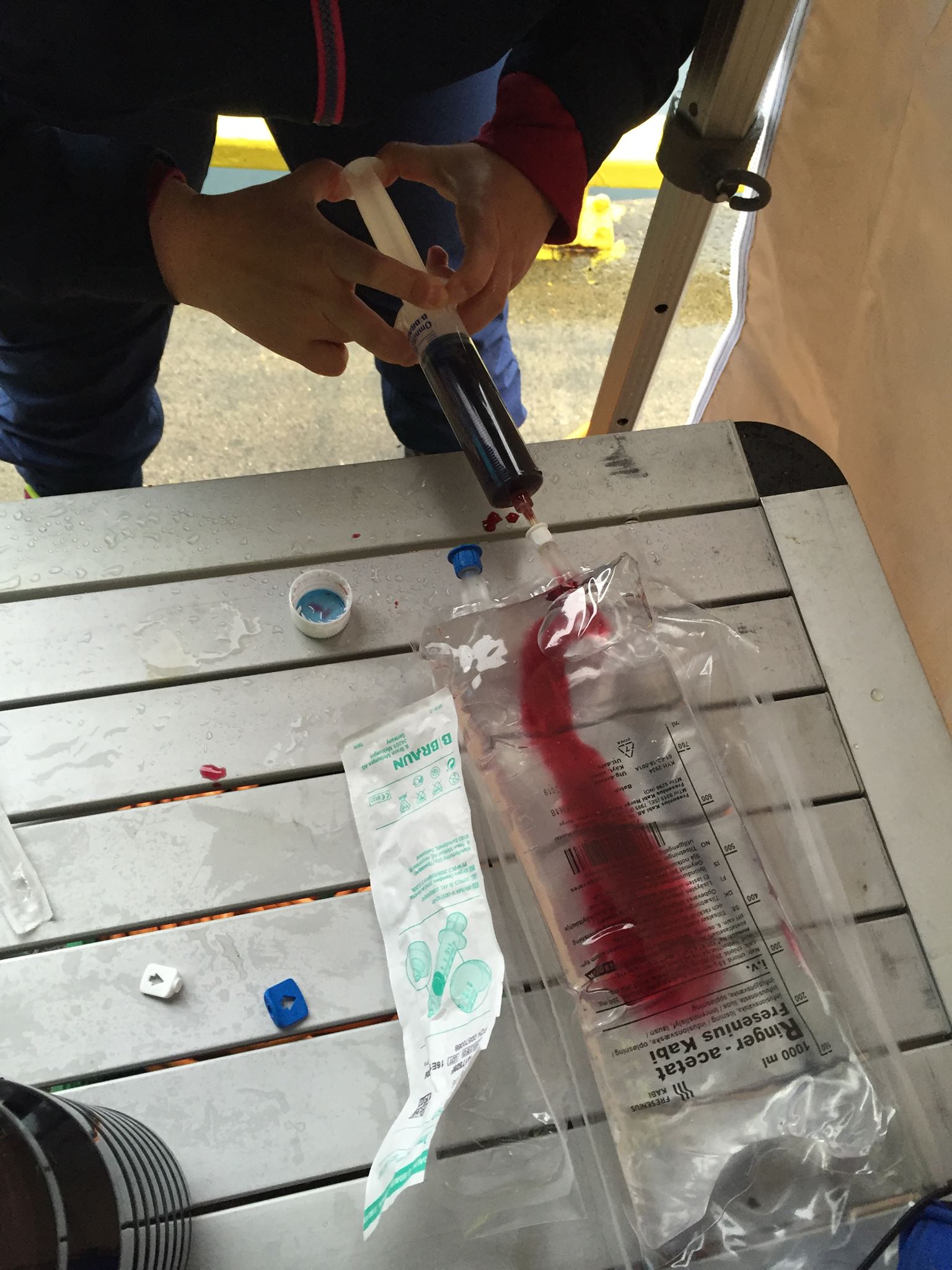 The location of the record attempt has been moved from Tromsø harbor to Eidkjosen marina outside the city center. This will improve the logistics for his support team of thirty scuba divers. The team will try to set up a TV screen for any curious spectators. 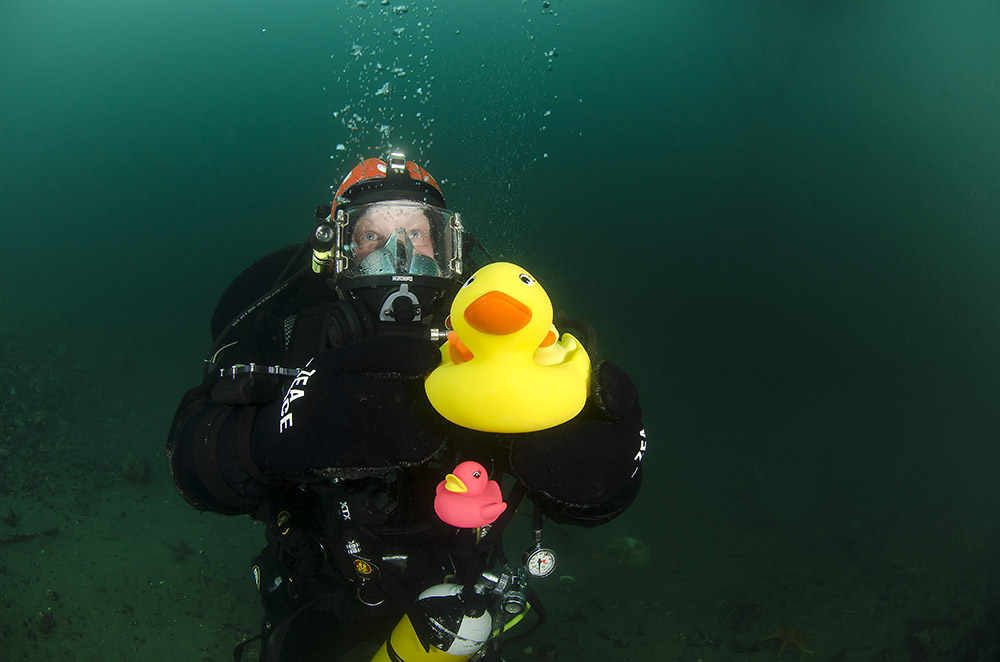 Nils-Roar can´t wait to play with his ducks for 15 hours.

As the internet connection is improved significantly since last time, the team aim to stream the event via the Open ROV. We will make sure to post a link on Facebook if they manage to get it up and running.

Will we see the rowing machine?

Unlike Tromsø Harbour, the conditions are much better in Eidkjosen. Perhaps we will see Nils-Roar exercise on his underwater rowing machine. This was not used on the first attempt as it would completely destroy the visibility. 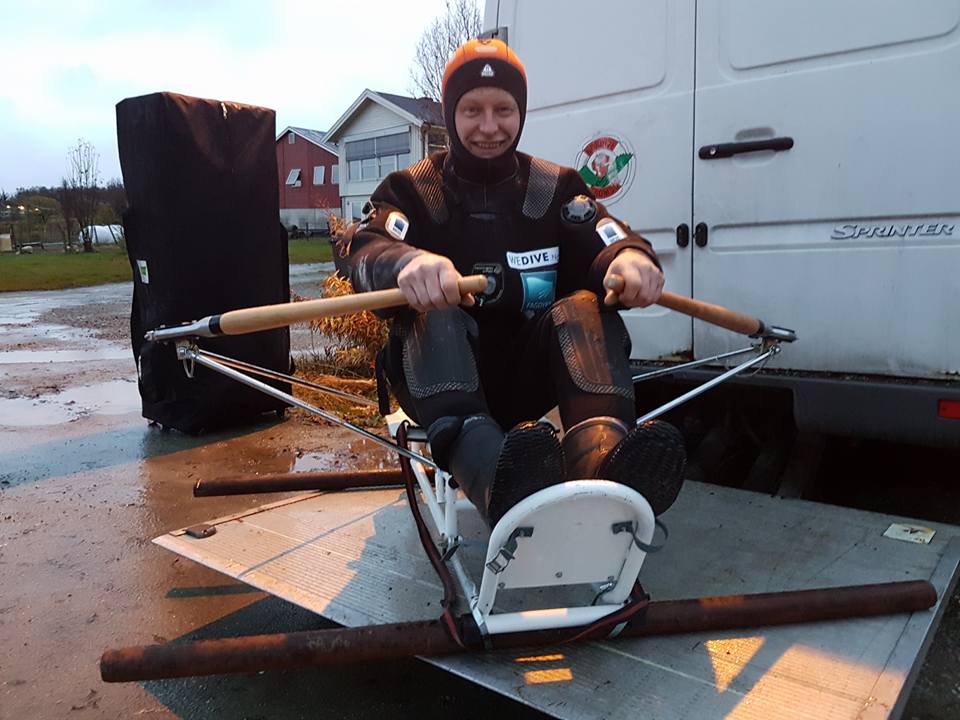 The record attempt will start Saturday 22. October @ 09.00. Nils-Roar is confident that he will succeed this time and not surface until midnight.

“I have promised to take the support team for a night out in Tromsø after the record has been secured. So maybe I need to stay a few hours longer until the bars close to save some money”, jokes a laughing Nils-Roar.

His spirit is high and WEDIVE.no wish him the best of luck!

We recommend to join the following Facebook group for updates during the attempt:
World Record attempt for the Longest Cold Water Open Sea Dive

Did you see our video from the test dive in Rombaksfjorden? If not check out the link below: