D/S Ramø was called the lucky ship. She sailed in convoys during WW2 and survived countless attacks from German submarines and airplanes. Almost a year after the war, her luck ran out. A peaceful Easter Sunday, an undetected magnetic mine suddenly triggered and the mighty mountains of Lofoten shook when the explosion hit directly below the stern of Ramø. The minesweeper operation after the war had failed to defuse all the mines and 15 crew members payed the ultimate price.

D/S Ramø was built in 1921 in UK. The steam ship was 290 feet long (88 meters) and weighed 2300 tons. She was originally named Speed. Thirty years later, she was forced to sail in the “slow convoys” as her maximum speed was only eight knots. Rolf Ursin Smith bought her in 1933 and named her Ramø. The name was constructed by the first letter of the family names: Rolf, Arne, Marie and Øystein. 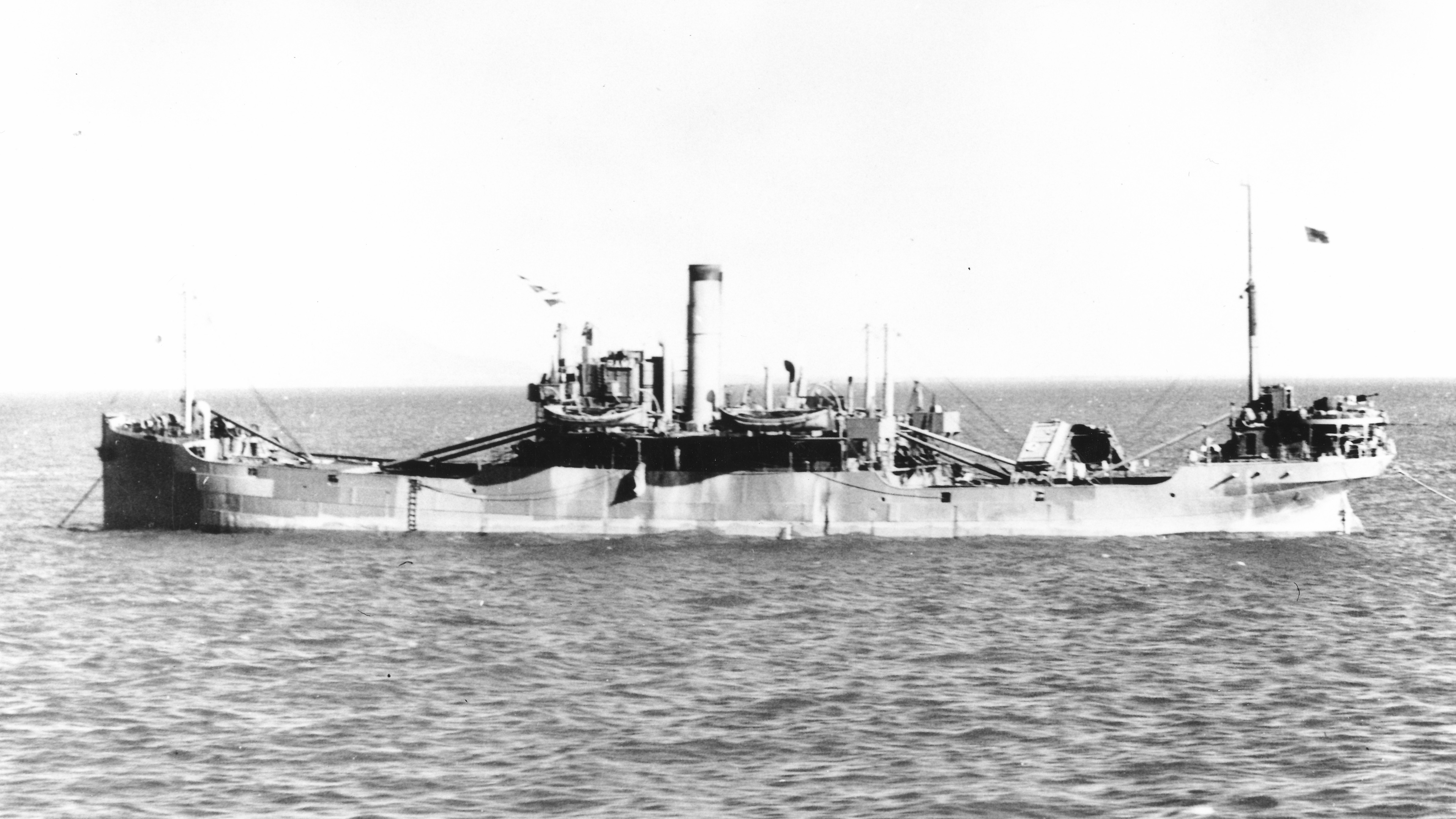 When WW2 broke out, she was out on the ocean. All Norwegian merchant ships in the same situation was requisitioned by the Norwegian government and included in Nortraship. This was the world’s biggest shipping company and played a vital role for the allied war supplies. The convoys across the Atlantic were under constant attacks from German submarines and airplanes. One out of ten Norwegian sailors lost their lives at sea during the war. D/S Ramø was named the lucky ship and survived the war.

When Ramø came back to Norway after the war, she spent three months at Kaldnes Yard in Tønsberg. It was important to get her shipshape for the future. Europe was in desperate need for supplies. Just before the yard stay was over, a degaussing system which was used to prevent trigging of magnetic mines, was removed.

18th April 1946 she arrived Henningsvær in Lofoten. The traditional fishing for cod was over and Ramø was to transport salted fish to Greece. The harbor pilot Johan Martin Lysvold came onboard and informed about the best anchorage at Gullvikflaket and that the area was previously used as a minefield. Seven magnetic mines where deployed here on February 15th 1945. Their principle was to be triggered by large magnetic fields from ships above a certain size. Captain Arne Høst Olsen became worried, but Lysvold showed him the papers which stated that the area was defused and cleared for traffic on November 22th. 1945. Ramø was not the first ship to use Gullvikflaket after the war, but D/S Boreås had the degaussing system intact and the captain started it when he got the same message that Captain Olsen got.

Ramø arrived Henningsvær in the middle of Easter, and the loading of the fish could´t start before Saturday. Over one hundred people then started to load the ship, but they didn´t manage to finish the job during the short work day. The remaining fish had to be loaded after the Easter holiday. The crew returned to a peaceful life onboard. Only a few of the youngest sailors left Ramø to meet the local girls.

The undetected mine were suddenly triggered and a gigantic explosion hit the stern of Ramø. All the crewmembers in the stern died immediately from the shock wave. Ramø sank rapidly. Within a few minutes, only the mast and chimney were above the water. The crew managed to cling on to a capsized lifeboat, and were soon rescued by the local fishermen. 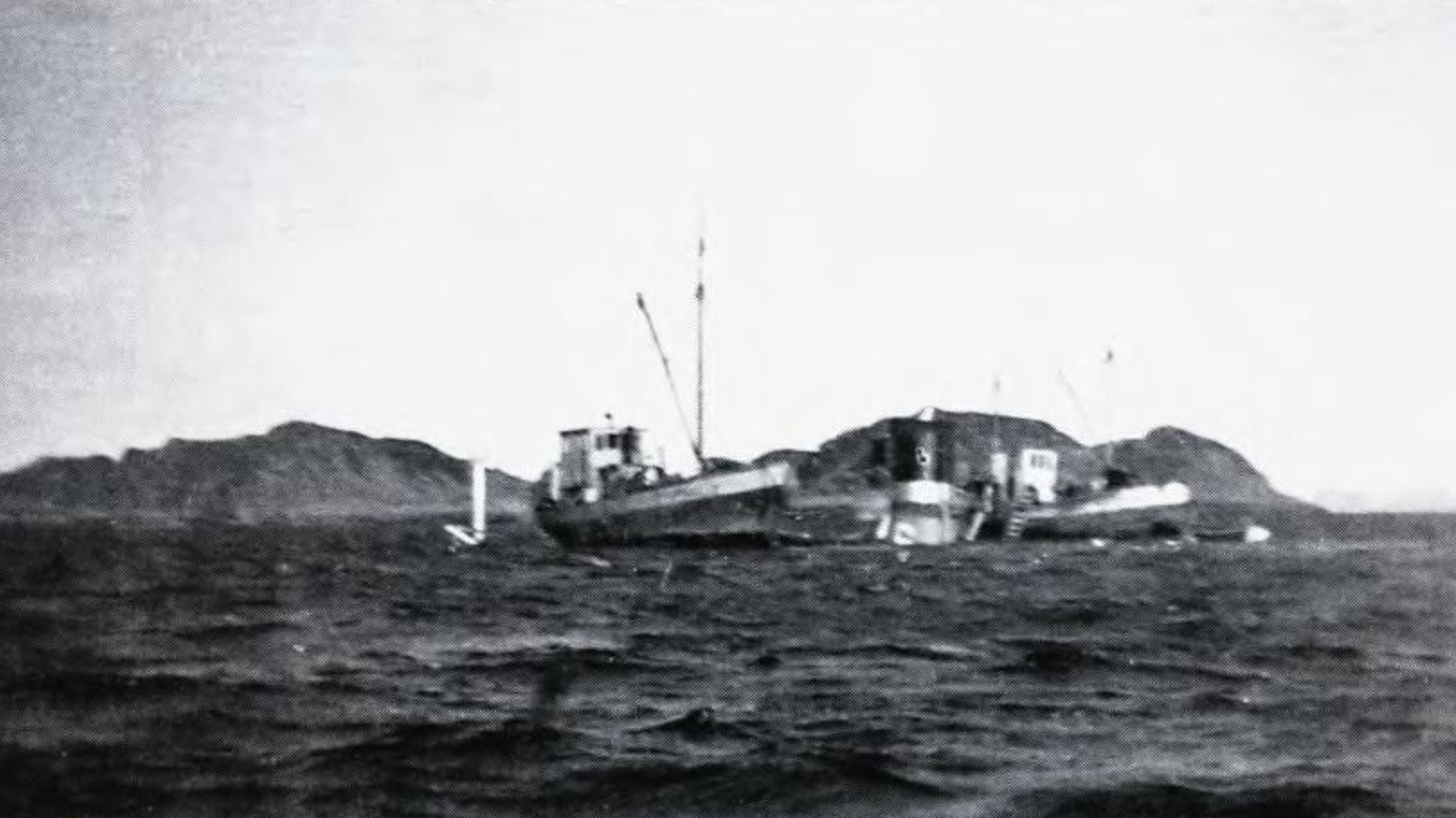 Ramø when divers are recovering the victims. Picture from «Historien om D/S Ramø´s forlis i Henningsvær i Lofoten 1946» by Kjell André Sivertsen.

A memorial for the victims of D/S Ramø was unveiled April 18th 1993 outside the church of Henningsvær. An anchor from Ramø was raised from the wreck and prepared for the memorial by Hamek (Harstad Mekaniske verksted).

Today, the wreck of Ramø has a maximum depth of 21 meters and is broken down to small pieces except for the stern and bow section. 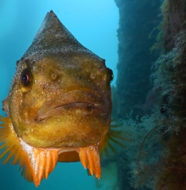 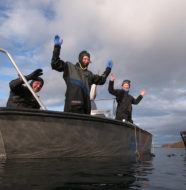 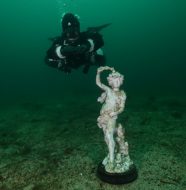