On the 15th of October 1944, hell broke loose outside Brekkestø on the south coast of Norway. 38 British air planes dived down from the sky and released their deadly missiles on a small convoy. The two ships; tanker Inger Johanne and escort ship Mosel were soon on fire and heavily perforated by the missiles. There were no chance of survival.

The massacre was over in less than 20 minutes. The captain of Inger Johanne managed to beach her, but Mosel sank on deeper water within short time. At least 43 soldiers and sailors lost their lives in the air raid. Five dead men from Mosel were salvaged, and as many as 16 went down to the ocean floor with her.

Built as a trawler, sank as a warship 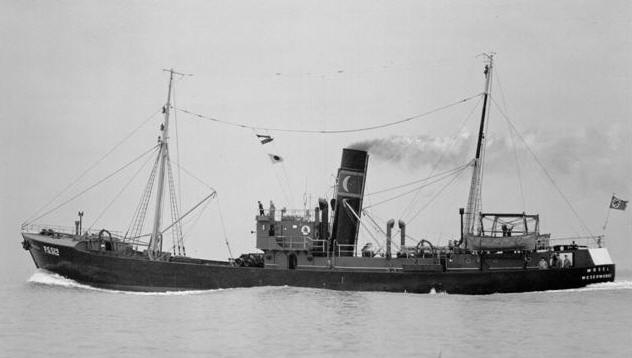 Mosel prior to being armed with anti-aircraft guns and depth charges.

During the war, she was quickly transformed into minesweeper and joined the Kriegsmarine. She was heavily armed with anti-aircraft guns and depth charges, and she looked more like a warship than a fishing boat. She was used as an escort ship for convoys in Skagerrak until her faith was sealed by the British air raid. 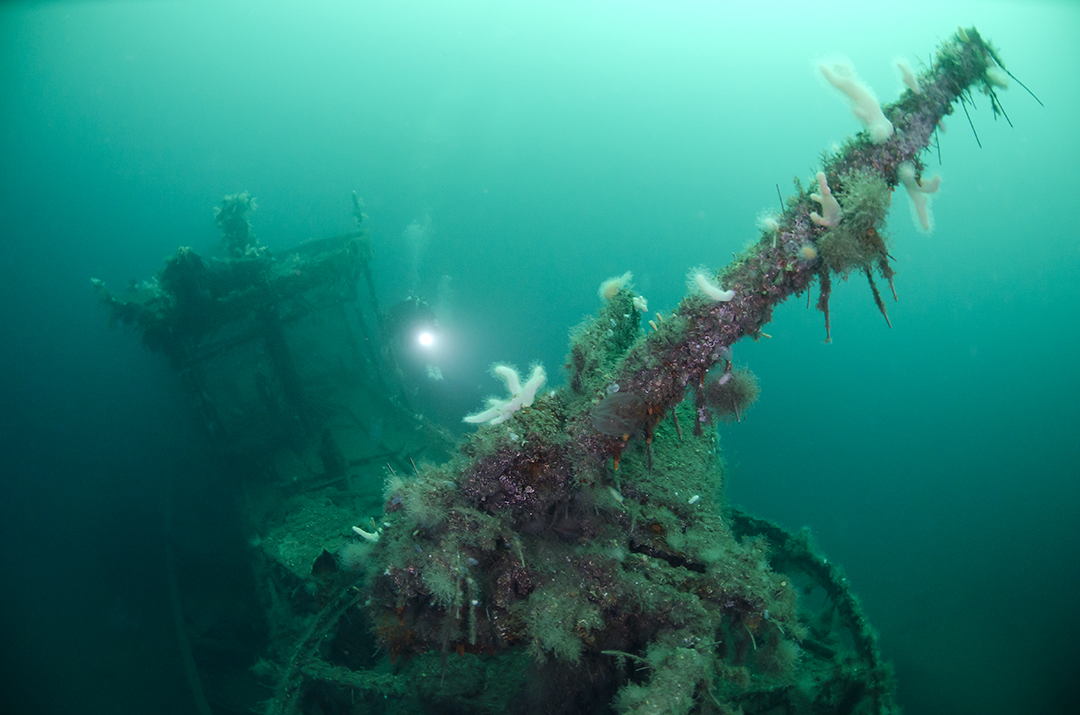 Gun at the stern of the wreck 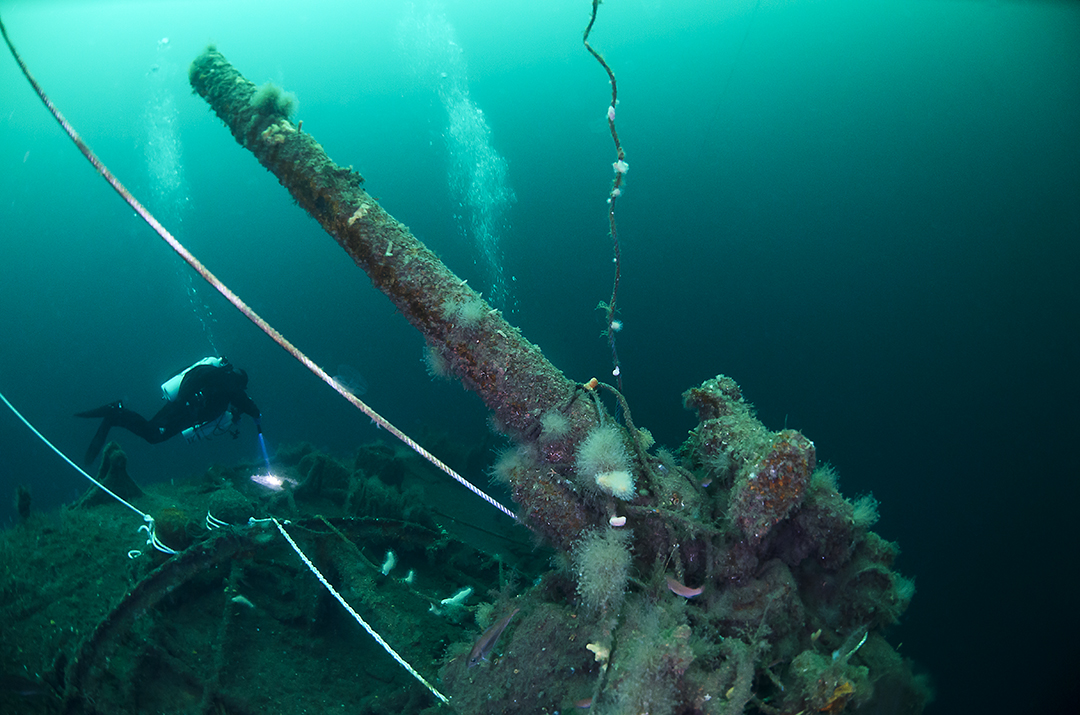 Gun at the bow of the wreck 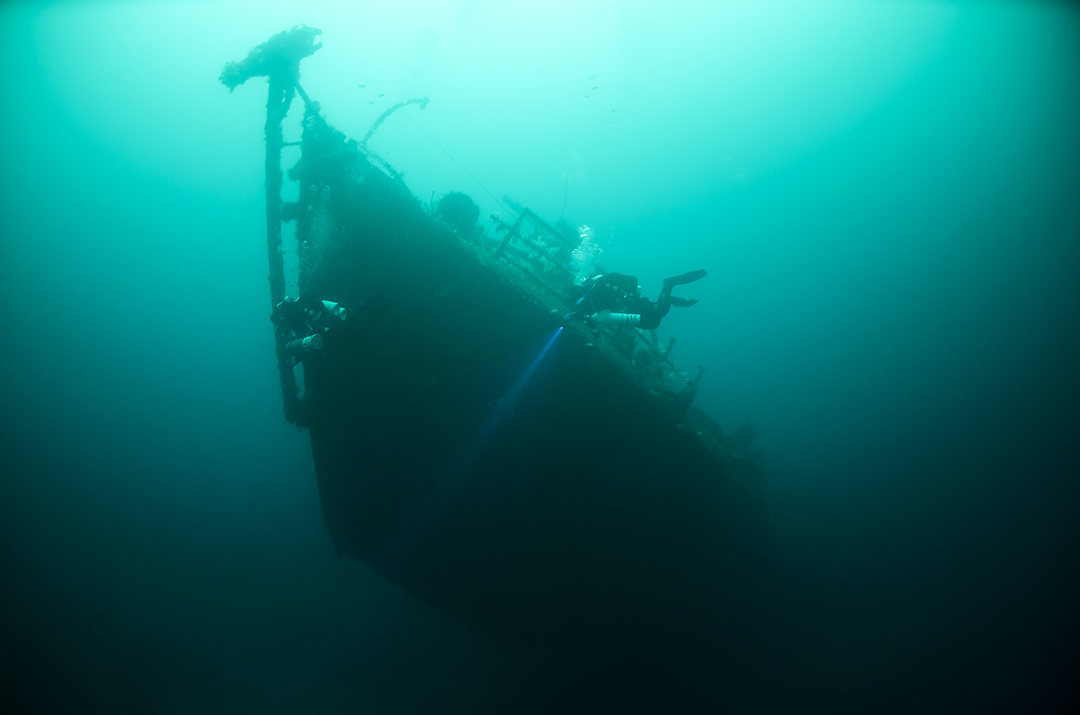 The bow of Mosel with the acoustic minesweeper

Towards the end of the war, air raids were launched almost daily against the Norwegian coast from the small city of Banff in Scotland. The fastest fighter plane of its time, the Mosquito, terrorized the shipping traffic in the Norwegian fjords and often left a burning inferno behind when they headed home. The air raids are the main reason for the many WW2 shipwrecks along the Norwegian west and south coast.

The wreck of Mosel was not discovered by scuba divers until the summer of 2001. The local divers Bjarte Vestøl, Siri Skar and Ole Jakob Vallesverd found a WW2 time capsule at a maximum depth of 50 meters and the shallowest part on 35 meters. They kept the position secret for a while to avoid the traditional wreck looting. 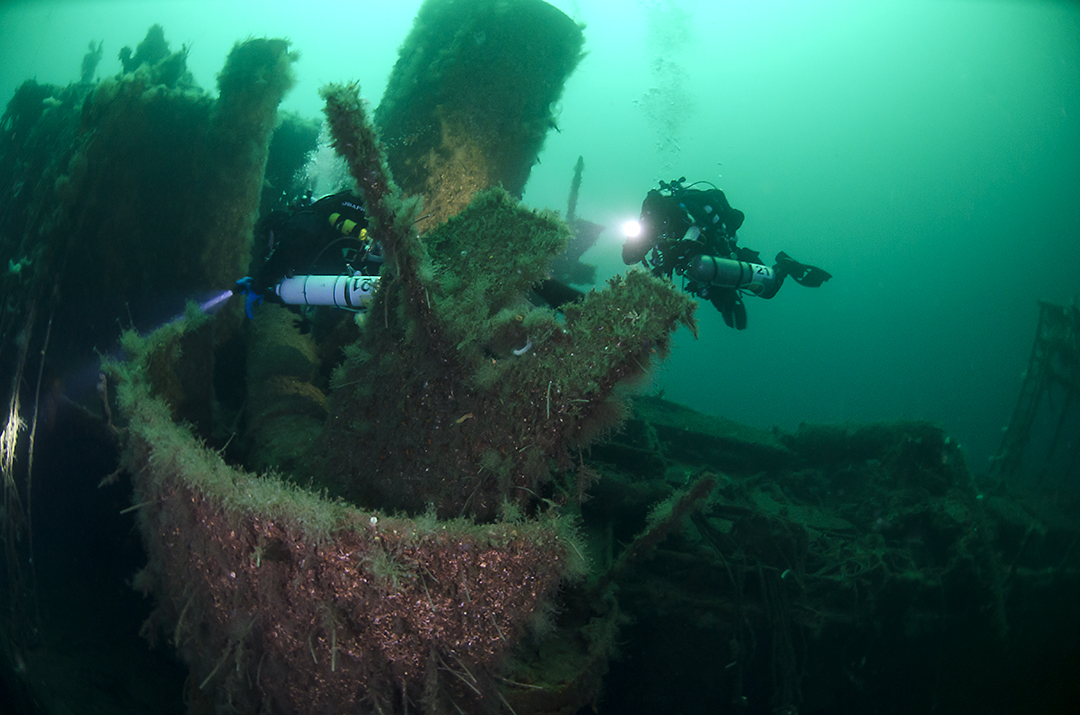 Gun pointing towards the surface at midship. They fought back at the swarm of british airplanes but had no chance of saving the ship.

Even 16 years after its discovery, the wreck of Mosel still contains far more details than traditional WW2 wrecks in Norway. The many guns are still there, and the ammunition is stored in boxes next to them. A fire hose is rolled out on the deck and we ask ourself if it was used by the crew in a last desperate attempt to save the ship. One dive on the wreck is not enough to absorb all the details and we can’t wait to go back for another visit. Due to the maximum depth of 50 meters at the propeller, trimix should be used when visiting the wreck. 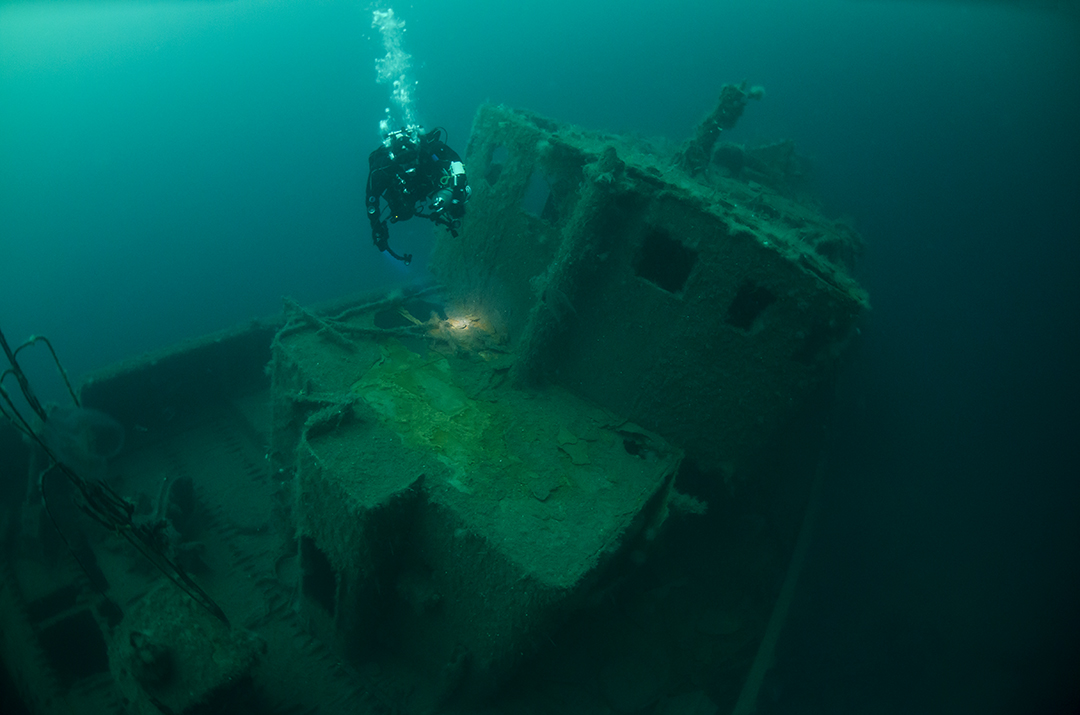 The bridge of Mosel 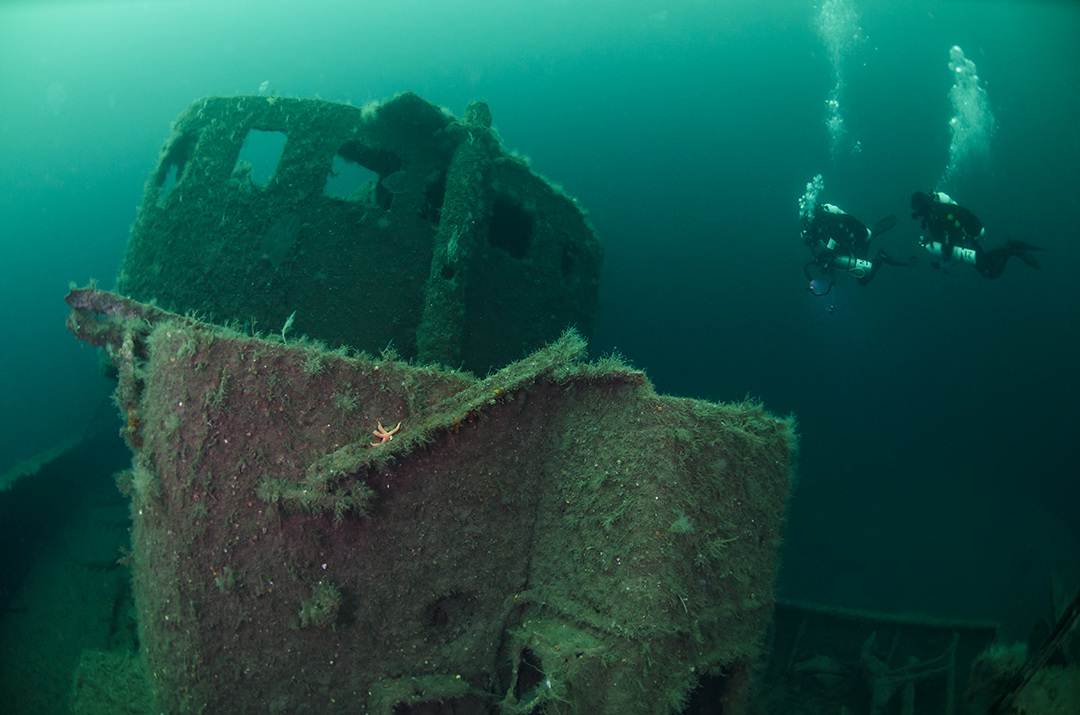 Buddies Sveinung Goa and Andreas Goa in front of the bridge 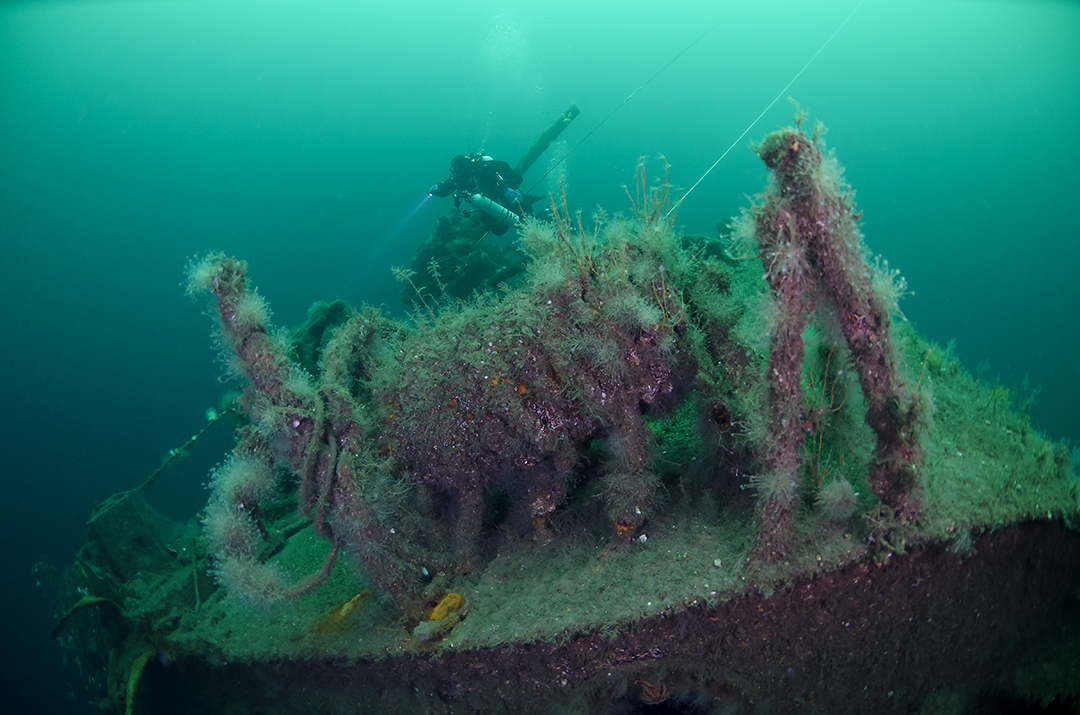 Winch at the bow 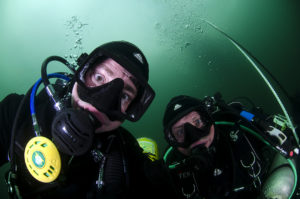 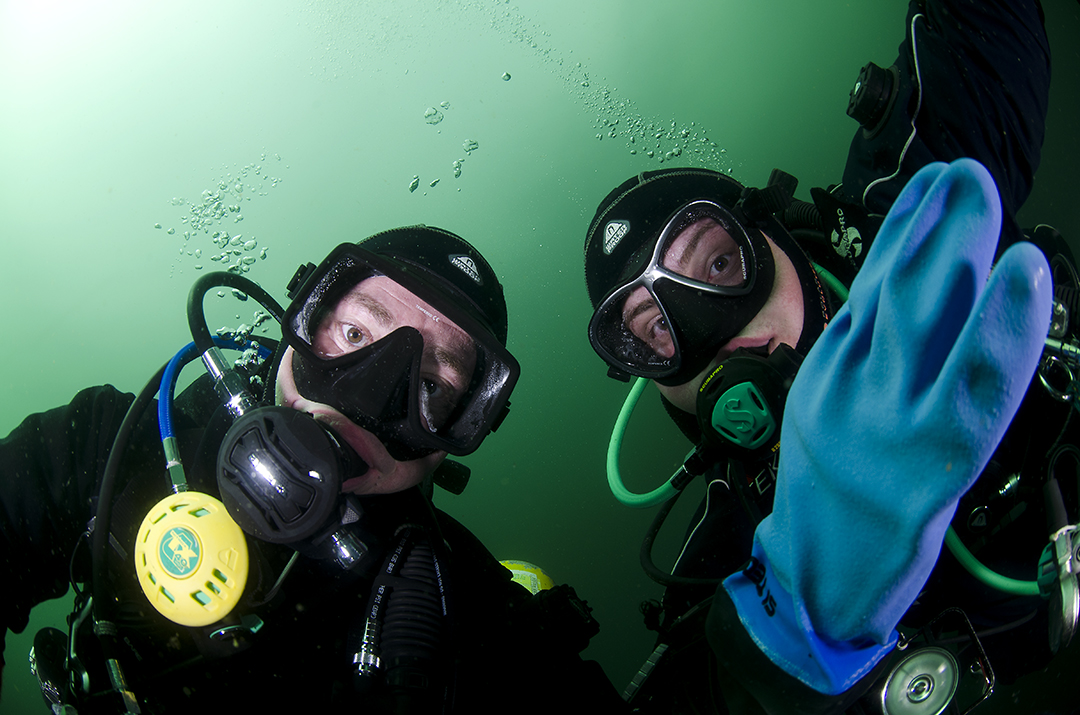 Thank you to the Buddies; Sveinung and Andreas

«Maskin og Dykkerservice» arranged the boat trip out to the wreck. 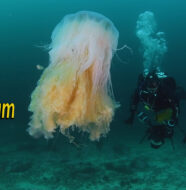