A combination of a giant pool, two tons of rocks and a number on 68 of them turned out to be a brilliant treasure hunt.

The scuba diving club in Gjesdal had borrowed a giant pool from the Norwegian Diving Federation and started to fill it two days in advance. They heated the cold river water and when the treasure hunt was ready to start, the temperature was close to 20 Celsius. The pool was located outside Norwegian Outlet, and many of the stores had donated treasures like training clothes, jeans, jackets and other stuff. 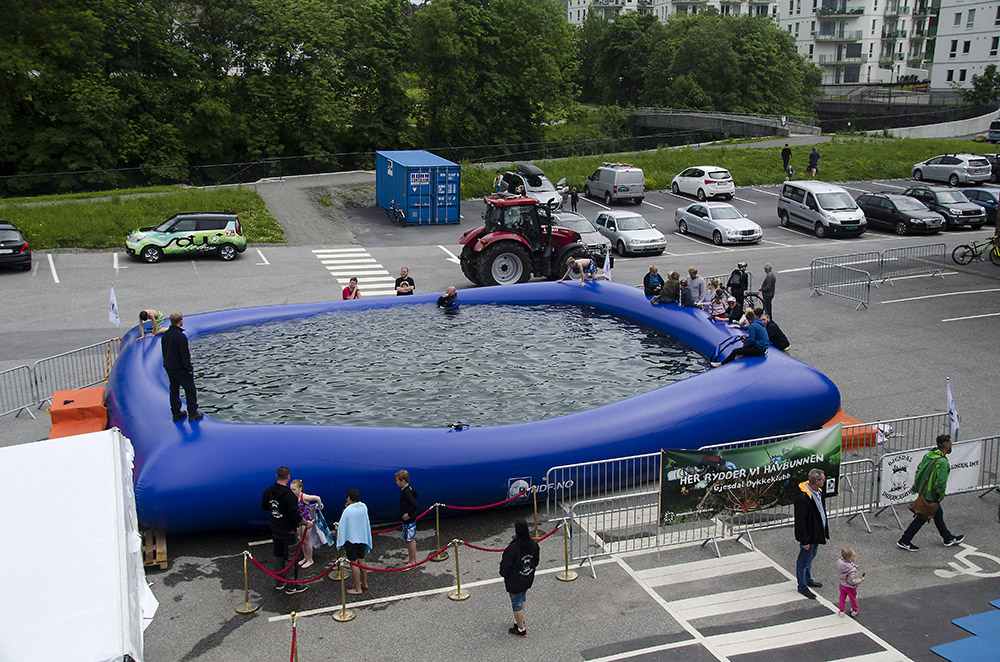 The treasure hunters had 20 seconds to find a rock with a number on it. It was not as easy at it sounds because the they where not allowed to wear swimming goggles or diving masks. 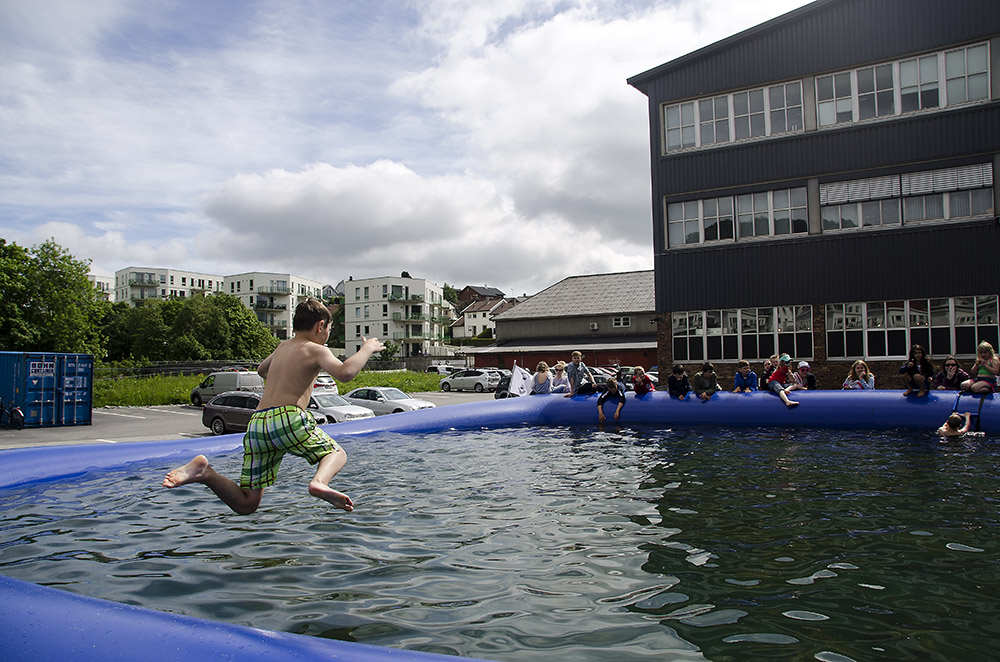 Many different technics were tried out, but it was not an easy task. Almost half of the treasures were left on the bottom of the pool when the hunt ended. Who have said that treasure hunt is suppose to be easy ? 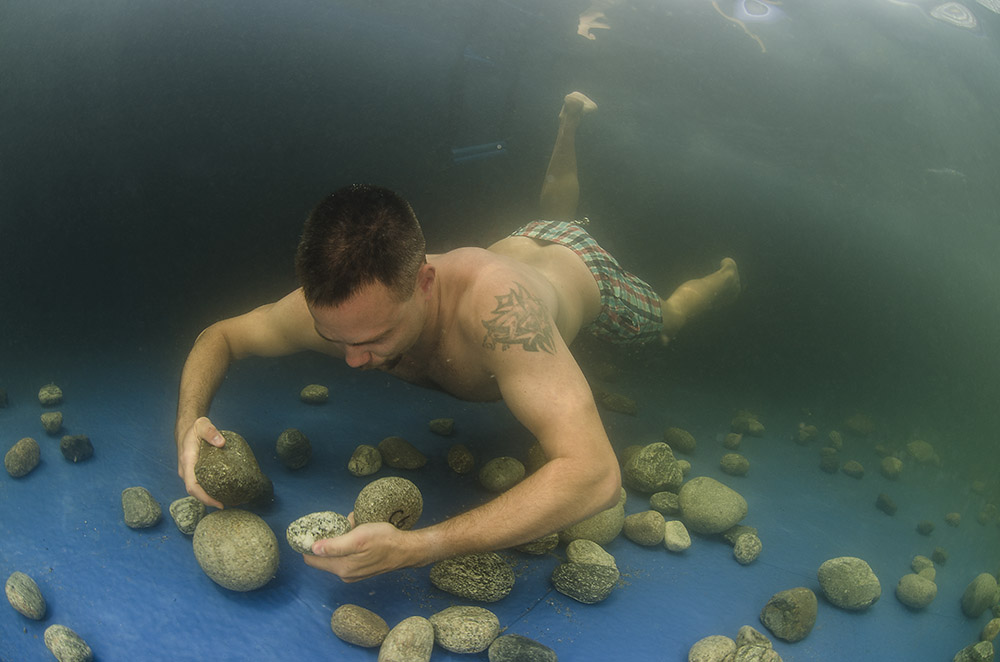 With the treasure in his hands, but did he notice? 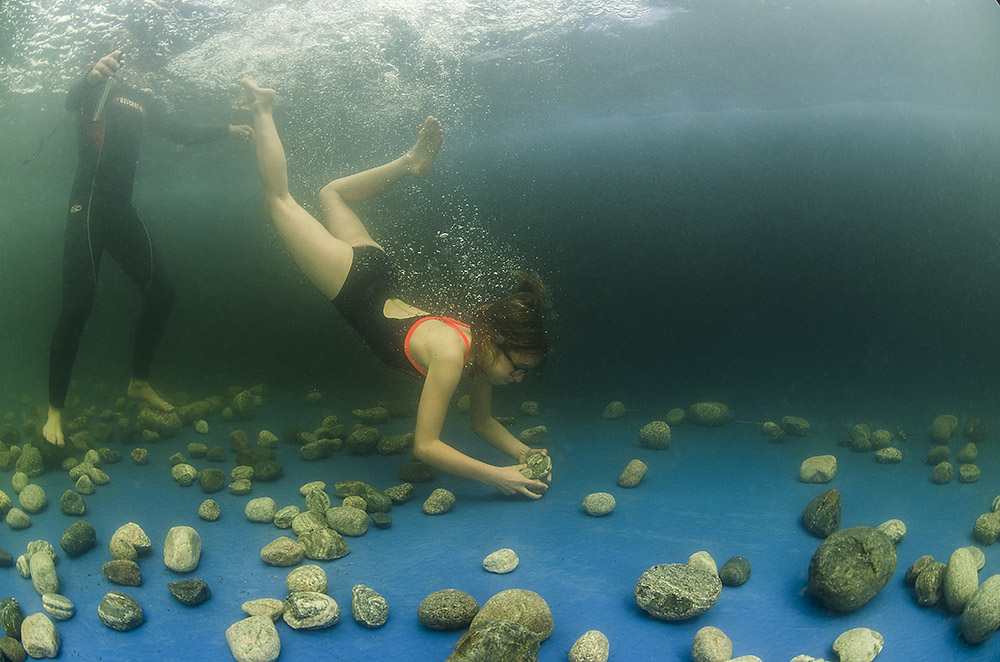 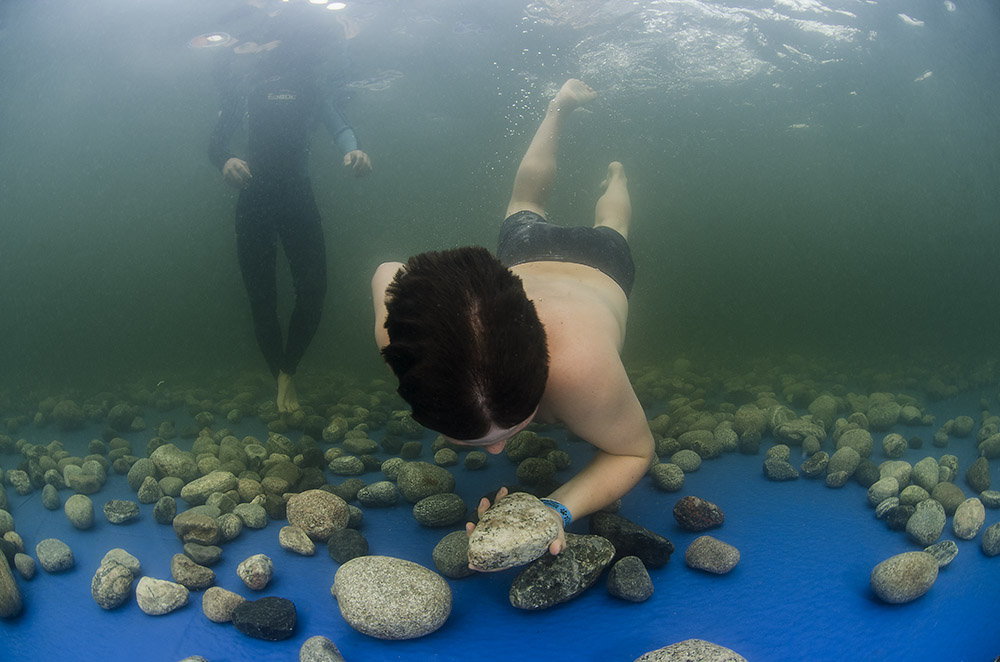 Sorry Sam, no number there. 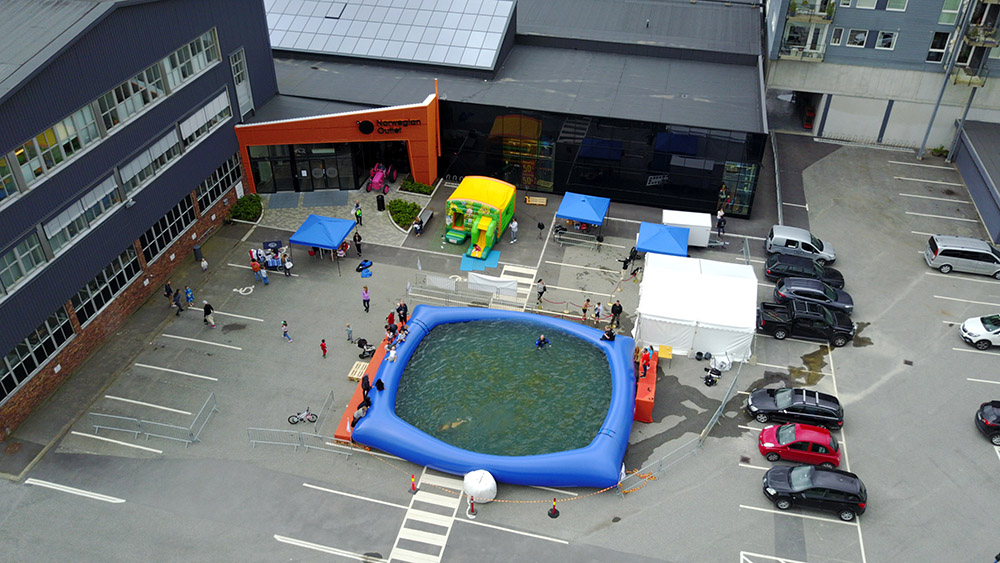 The pool from above. 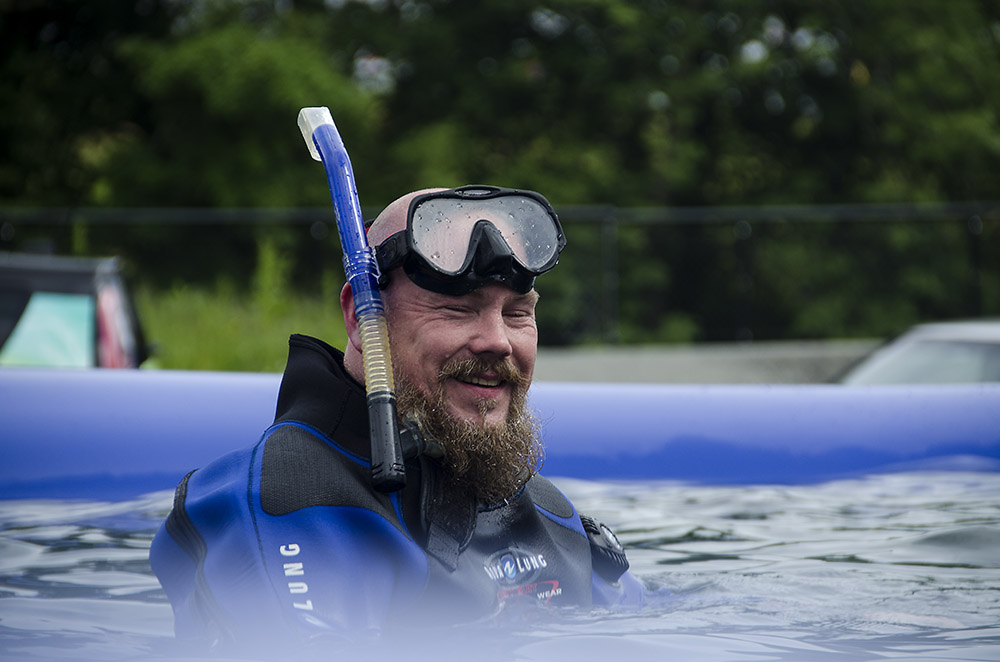 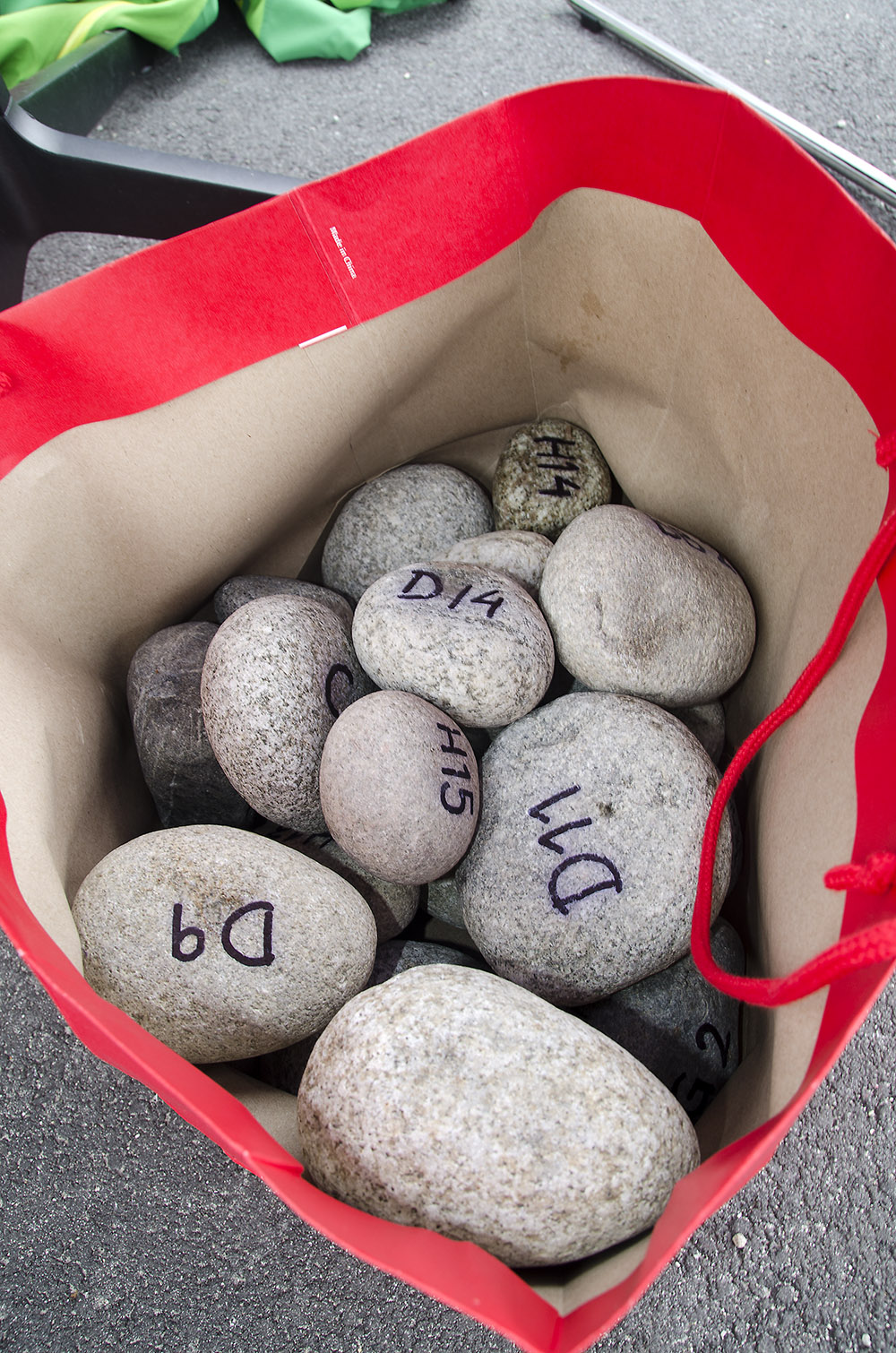