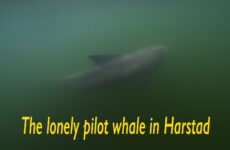 A pilot whale entered Harstad harbour late April 2022 and has stayed there for several weeks. We tried to film it below the surface with a pole camera. 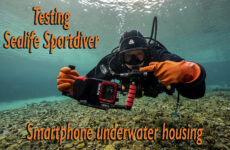 We won a Sportdiver Smartphone underwater housing during the Norwegian championship of underwater film. We tested it with an iPhone 11 at the same place as the winning… Read More » 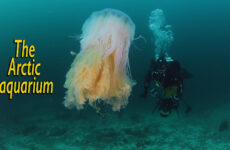 Scuba divers from Harstad gathered at Bjarkøy in September 2021 to explore this fantastic archipelago under water. 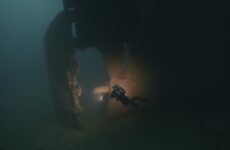 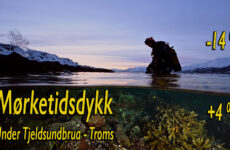 Polar night dive under the bridge

We set out to dive below the Tjeldsund bridge this winter. Crystal clear waters and -14C at the surface. 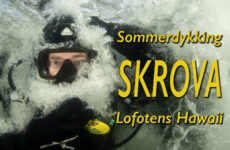 Outside the capitol of Lofoten; Svolvær, you will find the beautiful islands Skrova. We visited the islands in the end of July 2021. We found an ocean full… Read More » 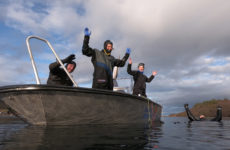 OK, we admit that the title is clickbait. The wolf fish is just old and have big theets 🙂 He is resting in the shallows during spring. We… Read More » 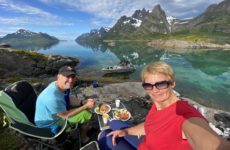 During the summer of 2020, we packed our boat with diving equipment and encircled the largest island in Norway; Hinnøya. In four days, we made three dives and… Read More » 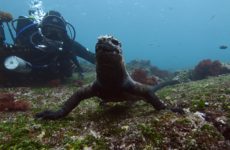 Diving with Dinosaurs – The marine iguanas of Galapagos

On our liveabord trip to the Galapagos in November 2018 we got the oppertunity to scuba dive with one the coolest creatures in the ocean. The Marine iguana… Read More »